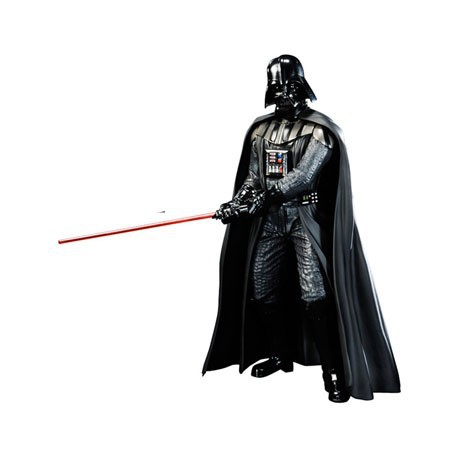 KThe Dark Lord of the Sith returns in an all-new pose to Kotobukiya's line of ARTFX+ 1/10th scale snap together model kits based on characters from STAR WARS, in the DARTH VADER RETURN OF ANAKIN SKYWALKER ARTFX+ STATUE. Updated to match his appearance in Return of the Jedi, Darth Vader stands with his lightsaber ready for both attack and defense with multiple interchangeable arm parts to create several poses inspired by Vader's final battle against his son, Luke Skywalker. This new Darth Vader ARTFX+ statue features an interchangeable head piece, allowing for display as either Darth Vader or the unmasked Anakin Skywalker. Includes magnets in the feet of the statue for extra stability on the included base. Display alone or alongside other Star Wars ARTFX+ Statues from Kotobukiya.