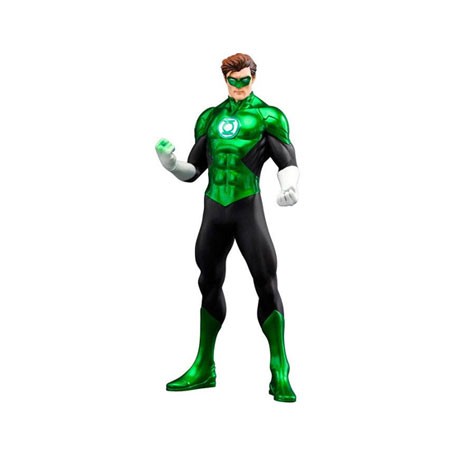 Green Lantern possesses a power ring and power lantern that gives the user great control over the physical world as long as the wielder has sufficient willpower and strength to wield it. The ring is one of the most powerful weapons in the universe and can be very dangerous.

Harold "Hal" Jordan is a DC Comics superhero known as Green Lantern, the first human shown to join the Green Lantern Corps and a founding member of the Justice League of America.

Features include magnets embedded in the statue's feet, allowing for greater stability on the included base.