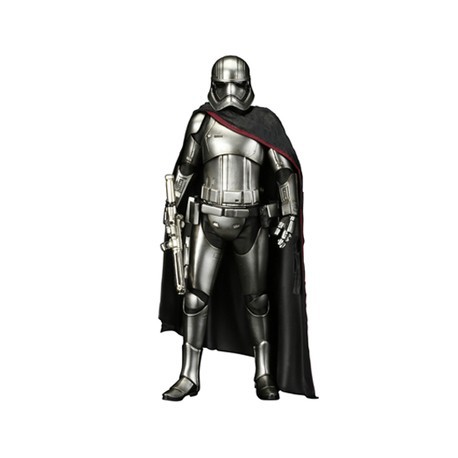 Captain Phasma was a female individual who lived approximately thirty years after the Battle of Endor. She served as a Captain in the First Order and wore a reflective suit of armor similar to that of a stormtrooper.

Captain Phasma is 20 cm tall as she stands ready for battle in her reflective armor and weapons at the ready.

Display Captain Phasma in your choice of two different poses with the included optional arm parts !