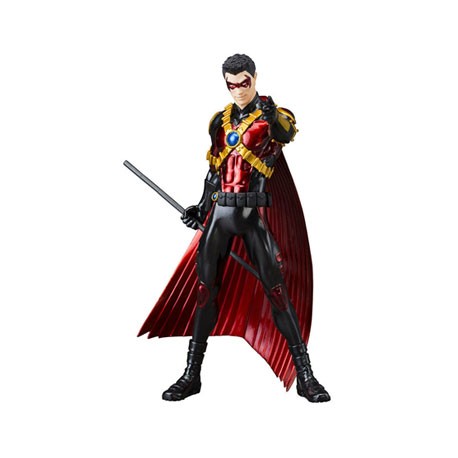 Tim Drake is a member of the Batman Family who has taken several names. Originally he became the third Robin, following Dick Grayson's ascension to Nightwing, he then took on his own persona, with the costume of Red Robin.

Red Robin wears his distinctive armor and domino mask, with his red cape flowing out behind him